The Board of Directors of the Perley Health Foundation has elected a new Chair: Doug Brousseau.

Born at the Grace Hospital, raised in Alta Vista and a graduate of Carleton University, Doug devoted his professional career to local government, serving with the Regional Municipality of Ottawa Carleton and with the City of Ottawa.

As a summer student, he counted traffic; rising steadily through the ranks, Doug eventually became Senior Advisor in the Mayor’s Office. Devoted to public service, Doug is excited to become Chair of the Foundation’s Board of Directors.

“I grew up not far from the Perley Hospital and have followed its evolution closely since it amalgamated with two other healthcare facilities and became the Perley and Rideau Veterans’ Health Centre,” he says. “The Perley makes a huge contribution to the community and anyone who visits quickly recognizes just how special this place really is.

A donor who I had the pleasure of meeting last year summed it well by saying he was proud to support ‘such a noble mission.’ Donations to the Perley Health Foundation make a big impact on the quality of life experienced by residents. I’m proud to be a part of it and to help make a difference.” 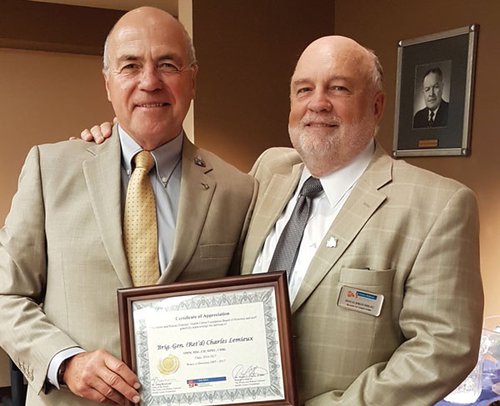 Doug Brousseau takes over from Brig. Gen. (Ret’d) Charles Lemieux, who served for three years as the Chair after seven years as a Board Director. Under Charles’ leadership, the Foundation received its largest single donation: $1 million from the Commissionaires Ottawa Division – one of the two Seniors Village apartment buildings carries the name Commissionaires Ottawa Place in honour of the gift.

Charles also led the effort to adopt a policy of priority access for Veterans to 20-30 percent of the Village apartments.